Spatial Culture of an Institution: Preliminary Thoughts on a Roman Military Base 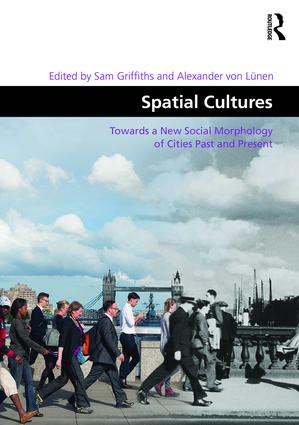 External Link
Anna H. Walas
Walas, A. 2016. Spatial culture of an institution: Preliminary thoughts on a Roman military base. In Griffiths, S. and von Lünen, A. (eds.) Spatial Cultures: Towards a New Social Morphology of Cities Past and Present. London: Routledge: 33-42
Publication year: 2016

In his account of the Praetorian Guard defending their camp in the final days of Emperor Vittelius’ rule in the eternal city, Tacitus conveyed a sense of special attachment of the soldiers to their castra ; the penates in Roman culture were the divinities  watching over a family, sometimes denoting one’s place of origin (Morwood 2000 ,135). This affectionate reference to structures traceable in archaeological record has long inspired scholars’ interpretations of the relationship between the Roman army and the spaces it created and occupied. In the last decade several scholars have theorised the Roman military environments from the standpoints of identity and habitus (Gardner 2007 and Collins 2012 ), community and routine (Haynes 2013 ) and that of their unifying aspects (see Driessen 2005 ). This chapter takes the case study of a Roman auxiliary base, places it in the context of a modern military complex and adopts the concept of a spatial culture defined as ‘the associations of urban form and social behaviour’ (Hillier 1996 , 263) to discuss how the community of the soldiers fits with the urban form created by the institution of the army. The standpoint taken in this chapter draws on James’ understanding of the military bases as ‘social pressure cookers’, with control over soldiers being a factor in their functioning and suggests a two-way relationship of both control and dependency.